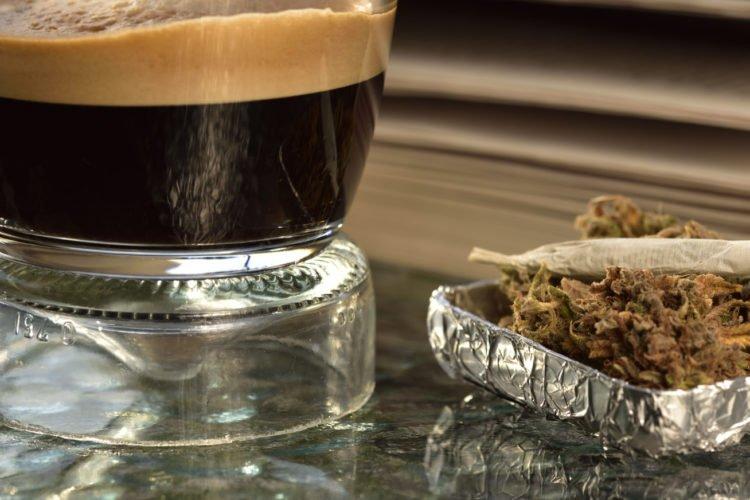 Look around your house, condominium or apartment. Many homes have at least one of the more commonly addictive drugs found today. Those drugs are:

Granted, the four noted substances have their negative press, especially when it comes to dependency. And understandably that negative press can cause people to refuse use of these drugs.

But the fact is these drugs are not without benefit.

Of these four drugs, people may wonder how much they can imbibe without becoming addicted. We’ll examine each substance and provide guidelines as to how much a person can/should take before they risk addicting themselves.

Of course, it needs mention that every addiction is different. Tolerance levels between people can vary, especially with one’s ability to process the beforementioned drugs more easily than another person.

Lastly, these stats are provided by and intended for people of physical dimensions. Body size, such as height and weight, can be factors in how much of a drug is safely ingested from one person to the next.

Caffeine is so widely accepted in our society, that its dangers, if not widely ignored, are instead made light of. After all, who hasn’t been to either a coffeehouse or even their job’s breakroom, where someone hasn’t stated how wired they are from drinking beverages like coffee or energy drinks?

Well, the fact is caffeine does have its dangers. Caffeine can even be deadly1. Dietary experts, as well as those in the medical field have long since warned coffee drinkers to monitor their intake.

Energy drinks contain even more caffeine than what is present in a cup of black coffee.

According to the Mayo Clinic2 website, up to 400 milligrams of caffeine a day is safe for most adults. This is roughly the equivalent of four cups of coffee. Pregnant woman should limit their caffeine intake to 200 milligrams daily.

Alcohol is legal, and widely available. These can be factors in how pervasive alcohol is in our lives, as well as how easily a person can become chemically dependent on the drug.

Once the dependency grows, so will the appetite of the alcohol abuser; they’ll want more and more of the drug until it threatens their health, or puts them in a dangerous environment.

Now, before you say, “I can handle one more drink,” you should know that over 20 million people in the US are addicted to alcohol.

Then there are others who consume alcohol daily, but do so responsibly by actively limiting the amount they have.

After generating reports on alcohol and alcoholism, the National Institute on Alcohol Abuse (NIAA), has come up with guidelines for people who are concerned with drinking.

In more than one instance, the jury is out as to how addictive marijuana is. Some studies show weed as having addictive properties, while other studies suggest dependency is all in one’s mind.

Unless you trust weed-specific forums and one-off websites which are no doubt biased toward cannabis, you won’t find much information on what is and what is not a safe amount of weed to smoke per day or even per week.

This is because marijuana is known as a Schedule 1 drug, which puts it on the same illicit level as cocaine and heroin.

Then, there are the socio-political aspects of marijuana that coins weed as a hippie drug, smoked by losers and addicts, as well as a gateway drug that leads to heavier usage, or other stronger and more dangerous drugs.

If weed were looked at through the same lens as any substance, it can be said that like with alcohol, prescription pills and even caffeine, that too much consumption of one thing is not good. Such is the case with marijuana.

For instance, the New Health Advisor3 website suggests occasional pot use isn’t overtly harmful, though it can affect the mind and body as it gets inside the system. This includes the nervous and immune system as well as other organs.

As marijuana’s TCH is absorbed, it can have the potential to elevate a user’s heart rate up to two times for nearly three hours, which can result in cardiac arrest.

It’s not known for sure if marijuana has any association with lung cancer however it causes irritation to the lungs.

Given these drawbacks, smoking weed every day can lead to persistent cough and some lung-related health issues like lung infections and chest colds.

If marijuana has unknowns as to how use, particularly long-term use, can affect the human body, nothing is unknown about the damage prescription painkillers can instill onto a person.

To worsen matters, prescription painkillers are currently the most popular route for kids to develop a drug problem, which if left untreated, can intensify to street drugs, such as heroin.

Even those who are responsible with their prescription drugs may eventually have addiction issues, depending upon how long they use the drugs.

Also, be certain to keep your prescription painkillers in a safe place where others won’t get hold of them.

In many ways, there are no safe limits for any medication, as nearly all of them can cause some sort of side effect. Try to keep your drug intake at a minimum to ensure you are getting the benefit of what you’re using to make your consumption reasonable and responsible.

Of course, there are others who quickly become overwhelmed by the drugs, whether the drugs are prescribed or taken on a recreational basis. If you, your loved one or friend feel household-common drugs pose a risk to your health, get in touch with a treatment program as soon as possible.

If you feel alcohol and/or drugs is causing a block between yourself and your loved ones, contact BLVD Treatment Centers. At BLVD Treatment Centers, we custom tailor our recovery programs within the safe and nurturing confines of our rehab treatment centers. We specialize in programs that include alcohol and drug detox and recovery, intensive outpatient rehabilitation, and specialty curriculums for members of the LGBTQ+ society. Located throughout California, in Los Angeles, Orange County, San Diego and in Portland, OR, our mission is to assess the severity of your addiction to help you achieve true recovery within 30 days. Call us now at 1-888-537-6671.